Live tunes by In The Flowers at TVM this Sunday

Producer Marquee Moon and MC Kimbosabi fell in love via a Byron Bay garage to the beat of disco samples and Japanese elevator music. Now, not only a typical couple that wears each others clothes, the DJ duo burst onto the scene in a big way last summer as In the Flowers, steamrolling a major set at Party in the Paddock, a residency at Soultrain Byron Bay and Locura's CherryPop Drag night.

TVM's resident Intern Gemma Lyndon chatted with the pair in the lead up to their debut set at TVM this Sunday 4 August at Burleigh Heads, followed by TVM crowd fave Lily Budiasa. 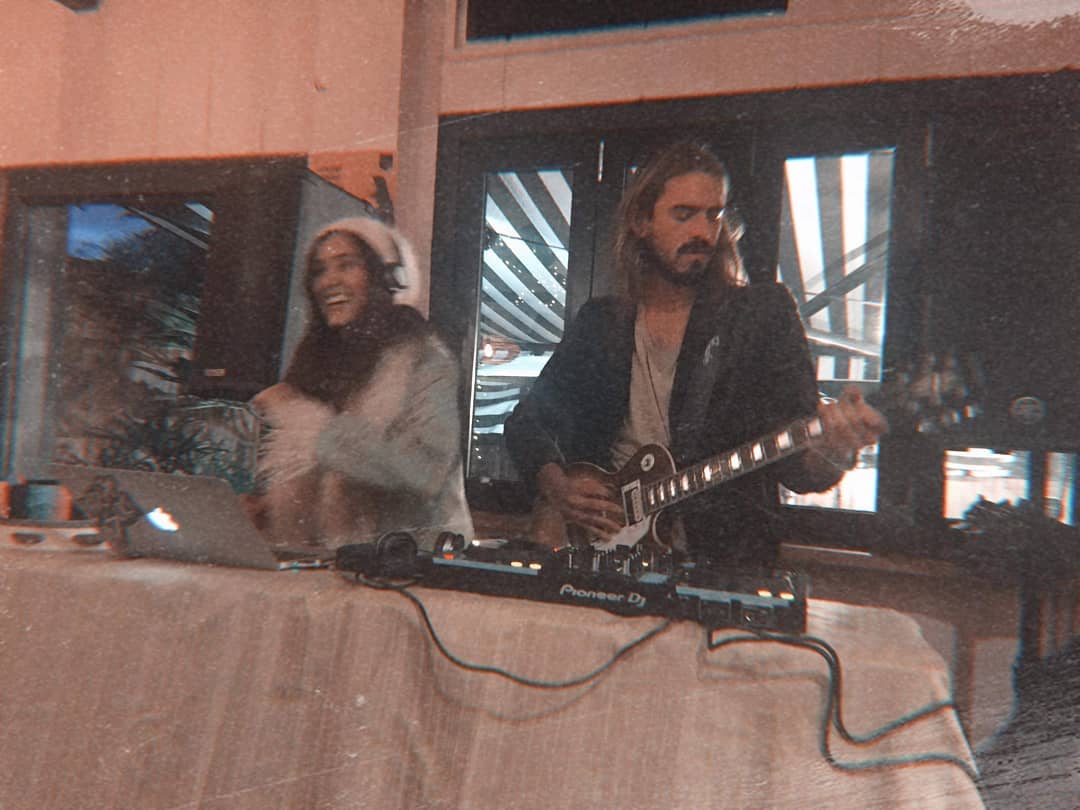 Hi Kim and Marcos! Welcome to The Village Markets!

We are so excited for your first gig at TVM this Sunday. What should we expect from you guys?

Hi there! Expect some torrential rains because we are going to be sweating up a storm! LOL just kidding. We will bringing only good vibes to TVM. Expect a lot of disco classics as well as a mix of jungle funk grooves that really get your feet stomping through the markets.

Tell us a little bit about yourselves? Where are you from and where did you come up with the idea and inspiration for In the Flowers?

Kimbosabi is originally from Central Queensland and Marcos is all the way from Buenos Aires Argentina… Hola! We met about a year ago and fell in love via a Byron Bay garage to the beat of disco samples and Japanese elevator music.

In The Flowers is the concept of bringing you out of your mind and dropping into your body. We love having an energy exchange with our crowd and bringing good vibes to the people. We are obviously inspired by nature and flowers and how they blossom in their own way.

Why did you choose the Gold Coast’s The Village Markets to perform at?

We love TVM and would always pop in whenever we’re around Goldy. We love the vibe and walking around with a coffee then sitting under the trees listening to some good tunes. Sunday sorted!

We hear you are now resident DJs at the Northern in Byron! What has been your biggest highlight to date?

The Soultrain night at The Northern was definitely a highlight for us! We were so impressed by the turn out of the town and especially how dressed up everyone was! Can we please live in cheetah print shirts and flares forever?!

How do you describe your performance style ?

Our performance style is a mix of Kimbosabi’s love for dancing and expression whilst blending Marquee Moon’s experience as a live artist in psychedelic rock and funk.

When you aren’t performing in front of crowds, what do you do in your spare time?

Marquee is a music producer so he is constantly working in other projects as well as working on a light installation for live sets at Festivals. Kimbosabi is working at Spell & the Gypsy as well as studying Kinesiology. She is preparing to launch her first womens dance night in Byron! Watch this space.

Favourite artists (other than yourself ).

How do you get inspired and what do you do to get the creative ideas flowing?

Lately we have been traveling up and down the coast and actually find a lot of inspiration on our road trips. We would turn it into our own game where we pick a theme and start making a playlist about it like Psychedelic Hungover where we combine dreamy-hipnotic beats with psychedelic rock like Air, The Flaming Lips, Tame Impala, Gorillaz, The Beatles.

What part of your job would people find most surprising?

The amount of times people request Staying Alive by Bee-Gees… luckily for us we froth the Bee-Gees!

Who would you like to have a 30-minute meeting with?

Best advice you have ever received?

"Nothing in nature blooms all year, be patient with yourself"

Thanks so much for sharing guys! x

Come see Kim and Marcos play at TVM Burleigh this Sunday August 4th or listen to In The Flowers, here. 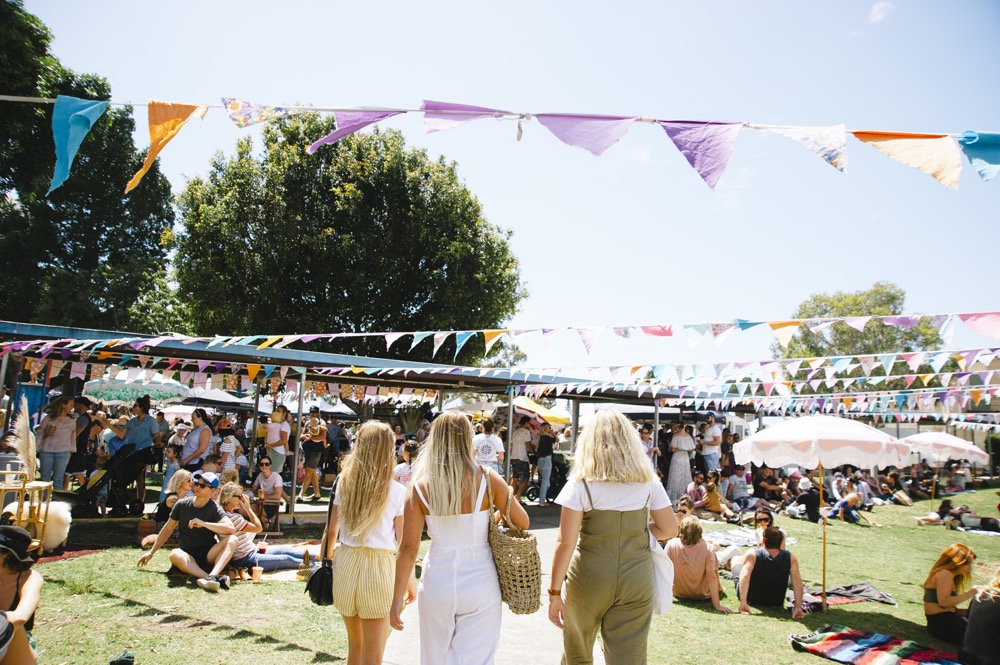